Edgar Harrell owned and operated the Pella Window Company, Inc., Rock Island, Illinois for thirty-five years until his retirement in 1985. During the years 1970 to 1985, he served on the board of trustees of the Moody Bible Institute, in Chicago, Illinois, and has been a popular Bible teacher and lay minister throughout his adult life. He has enjoyed many years of fishing and big game hunting in the Rocky Mountains from Alaska to New Mexico, and currently resides in Clarksville, Tennessee with his wife Ola, together enjoying their two children, eight grandchildren and four great-grandchildren. As a survivor of the USS Indianapolis (www.indysurvivor.com), Mr. Harrell speaks extensively around the United States about his experience at sea. 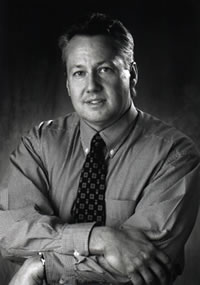 About the Author David Harrell

With a unique background as an avid hunter, horseman and musician, David Harrell first studied piano at the Moody Bible Institute until a finger injury caused him to shift his academic pursuits to Bible theology and biblical counseling. After attending the Moody Bible Institute, he graduated from Grace College, Grace Theological Seminary and the Oxford Graduate School where he earned the Doctor of Philosophy degree in Religion and Society. Dr. Harrell is a former associate professor of Biblical Counseling at the Master's College. His extensive wilderness expeditions, combined with a passion for Bible theology have made him a popular Bible expositor. He has been the pastor-teacher of Calvary Bible Church, Joelton, Tennessee, since July 1995 (www.cbctn.org). He is married to Nancy and together they have three children and four grandchildren.